Moving and Storage in Morristown, NJ

Morristown, NJ is a town and the county seat of Morris County. Its rich history has earned Morristown the nickname “The Military Capital of the American Revolution.” This is mainly due to its strategic role in the war of independence from Great Britain. Today, a wide range of locations throughout the town collectively make up the Morristown National Historical Park.

One surprising but well known fact about Morristown, NJ is that General George Washington (yes, the man on the quarter) and his Continental army’s set up camp at what his now the Morristown National Historical Park. General Washington and his troops camped out between December 1779 and June 1780, surviving the coldest winter on record. The park is now open to the public and includes a museum and library collection related to the encampments & George Washington.

Going further back into the history books, the area was inhabited by the Lenni Lenape Native Americans for up to 6,000 years before the arrival of Europeans.

Morristown is now a booming town, being a huge hit with the younger crowd. South Street is lined with bars and shops for residents of all ages. Some of the popular attractions include the Morristown Green – a park located directly in the center of town, Mayo Performing Arts Center – a high end 1,302 performing arts center and St. Peter’s Episcopal Church – a stained glass medieval styled church that captivates onlookers and architect aficionados.

Many businesses and residents move to Morristown for easy access and proximity to New York City. Therefore, it is only logical for Tiger Moving & Storage to offer moving and storage services in Morristown, NJ.

Moving companies in Morristown, NJ are also used to dealing with varying time frames for changing locations. Therefore, you can book a move with Tiger Moving & Storage far in advance or call with relatively short notice.

Tiger will make sure that you get where you need to go, when you need to get there, without any undue difficulty. If you choose their top service, they’ll even pack and unpack your things for you.

To get a quote from the best of the moving companies Morristown NJ has, contact us here at Tiger Moving & Storage. We’ll be glad to discuss the options and help you choose the one that’s best for your needs.

What our clients say

Jackie M.
Excellent - Surprised your company did exactly what they said they would do at quoted fee, very impressed with Tiger Moving and Storage. An efficient prompt, very well managed company!" Highly recomme...

Maria G.
All of the men were very polite and worked very hard that day and the price Tiger Moving and Storage quoted me was more reasonable compared to other quotes I had received for the same job.

Kristine L.
I received 3 estimates for my move. Tiger had the best rates and most reasonable estimate of hours. This estimate was right on target. No additional charges. The team that did our move was great-hard...

Amy M.
Moving in general is a pain. Tiger Moving and Storage made the experience easy. They were great accommodating our changing schedules. Rich was very professional and everyone was friendly.
Read more testimonials
About Us
Tiger Moving & Storage is a family-owned company that delivers outstanding service to both residential and commercial clients. We provide a complete range of services to fully handle your move. Contact us today to learn how we can make your moving day a success!
Learn More
Quick Links
Services We Offer 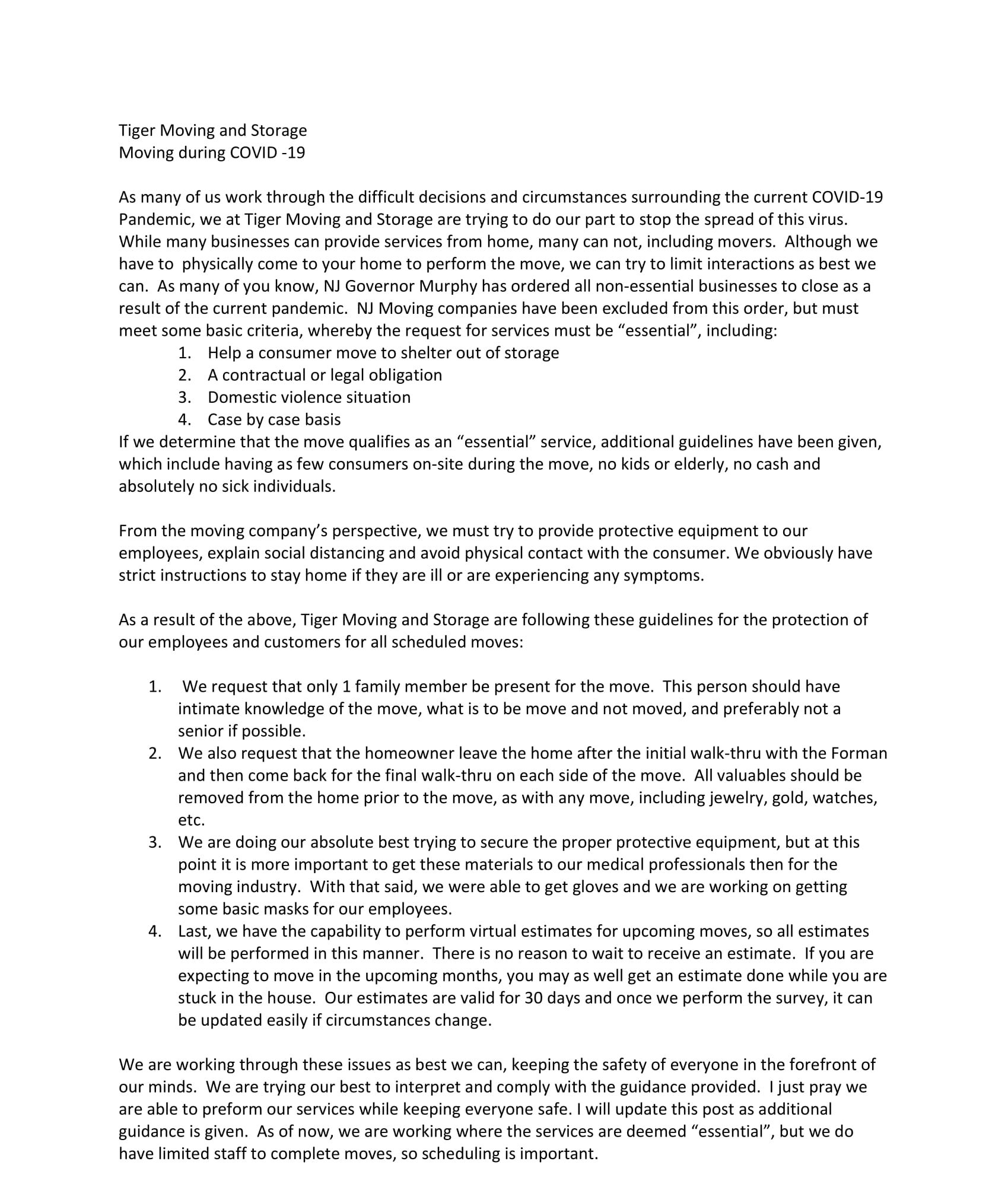